The VAULT Festival New Writers Programme offers a total introduction to writing for stage in a non-patronising and inclusive course.

The course will culminate in a special industry showcase in the last week of the festival (18:00, Sun 22 Mar) where 10 minute extracts from pieces developed in the duration of the programme will be performed by professional actors for leading arts professionals. 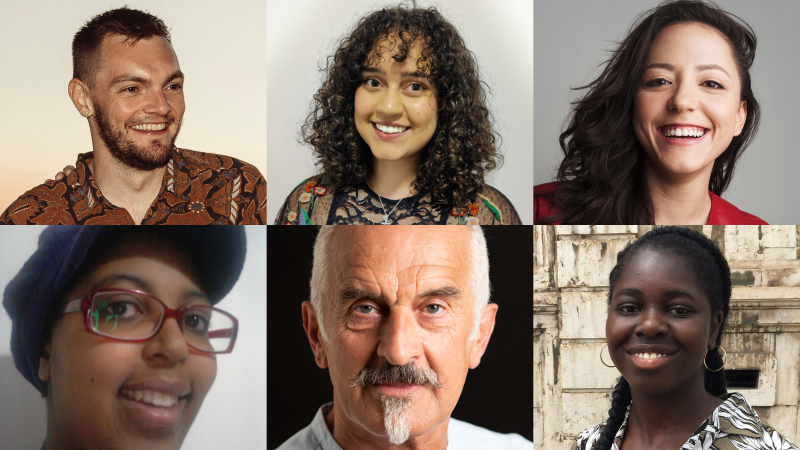 Aaliyah is a 24 year old woman who was diagnosed with ASD (Autistic Spectrum Disorder) from an early age. She favours comedies and kitchen sink dramas but can open herself up to other genres. Aaliyah is very excited to collaborate with other aspiring playwrights and have the opportunity to demonstrate her skills.

Yasmine is a student and a lover of all things lyrical, so is especially drawn to plays that interweave spoken word and/or music to create a narrative that is rhythmically, socially and emotionally engaging. She looks forward to experimenting with the form alongside a collective on the programme.

Matt Gurr, 27, South London. Angels in America and The Inheritance sparked a real love of theatre in him, which has also been spurred on by a near obsession with watching stand-up and drag. He’s very excited to have been selected for the New Writers Programme, for the opportunity to study more about the craft and to meet and learn from other writers.

Sara Jewell is a London based actor and filmmaker with a sweet tooth for theatre. She loves the simplicity of theatre – all you need is two generous actors affecting each other with beautifully well-written words. She’s excited to make new friends who are equally into calligraphy.

Drew lives in Waterloo so this is his local Festival. Having previously performed as an actor at the Festival he is excited to be involved as a writer this time. He has only just started to write for stage and is looking forward to seeing his work performed at the showcase.

Angie is a Colombian theatre-maker who has lived in London for the majority of her life. She loves theatre that explores the lives of people from different backgrounds and cultures. Being part of the programme will allow her writing to develop as she is at the beginning of her playwriting journey.

Applications for the VAULT New Writers Award are now closed.